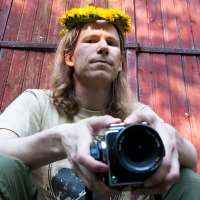 My history with Hugos is short and started with a T-shirt.

You see, I got a shirt for a Christmas present in 2014. That shirt happened to advertise the bid for getting Worldcon to Helsinki in 2017, and since I’m an SF/F reader and had a passing knowledge of Hugos, I decided to join Sasquan and vote in the site selection. Of course, as a member I also got the voter’s package and considered that an opportunity to read some new books and novellas. Not far into the task I realized there was some seriously bad literature in the packet. I had been affected by the Puppies.

In the end, the Rabid and Sad Puppies managed to affect a record result: 2015 Hugos ended up with No Award sweeping multiple categories. And I can’t blame the voters – I was one of them.

This year, it was second year of the Rabid Puppies dominating the nomination process. Still, it’s not as bad as it was last year: the long fiction categories had some strong nominees, most notably N. K. Jemisin’s The Fifth Season, which I thought was utterly magnificent.

The Hugo winners were announced last night, and the organizers also released more detailed statistics (pdf). It’s time to take a look at the results.

It’s nice to start by patting myself on the back: The Fifth Season won, and in my opinion, rightly so – it’s by far the best book I’ve read in recent years, and I’ve read some pretty good books.

When I left my ballot I expected the winner would be either my first or my last choice. Happily, the first choice won, but the last choice – Naomi Novik’s Uprooted came second. I have a habit of getting hung up on some detail of a book, and in this case, it was the polarized, and in some ways anti-intellectual way the magic was portrayed that started to annoy me in an otherwise decent book.

Also, Jim Butcher clearly isn’t my thing. I found last year’s nominee – Skin Game – problematic because it was the 15th book of a series. The Aeronaut’s Windlass is the first of its series, but Butcher still writes expecting people to read the whole saga. It’s an easy-to-digest steampunk adventure and would be a fine choice if you were shopping while waiting for a train, except it doesn’t really close any of the plotlines it starts.

While I agreed with the choice for the Best Novel, I can’t say the same for the Novella. Nnedi Okorafor’s Binti combines Himbi traditions with science fiction, and even though I like the idea, I found myself heavily disliking the story and message it seemed to convey.

My choice for the winner was Slow Bullets by Alastair Reynolds. It wasn’t the best novella I read last year, but it was an enjoyable tale based on well-known building blocks. Brandon Sanderson tried too hard with his Perfect State – too many ideas thrown together ended up as a meaningless collection of tropes.

If I had had my choice, I would’ve preferred seeing Eugene Fischer’s The New Mother in the list of nominees. Another one of my favorites, Kelly Robson’s Waters of Versailles could’ve made the ballot if there were no Puppies.

Remember when I said Slow Bullets wan’t the best novella but enjoyable enough to get the top spot? In novelette category I didn’t have that luxury of choice.

I found the eventual winner, Folding Beijing by Hao Jingfang to be boring when it was not implausible. Stephen King‘s Obits was so utterly predictable and run of the mill King story that I actually thought I had read it before, and Castalia House nominees were bland. I might have enjoyed And You Shall Know Her by the Trail of Dead by Brooke Bolander more without the constant F-bombing, but even then it wouldn’t have been enough to earn an award.

To be fair, for some reason I didn’t read many stories fitting this category last year, and what I did read didn’t really impress me. L.S. Johnson’s Little Men With Knives was interesting, but that didn’t make into Top-15 in nominees list, so I’m just happy to note my taste diverges from the rest of the voter base. If it was up to me, this category would’ve had No Award.

Another flashback category where everything was below par. Still not last-year-bad, but I’m happy I started reading from the long form categories.

The winner, Cat Pictures Please by Naomi Kritzer was cute, but that’s as far as it goes. I don’t get the internet’s obsession with cats, and this story’s proposed explanation wasn’t good enough.

As for the other nominees, Chuck Tingle may be a fun guy, but Space Raptor Butt Invasion had no place in a SF/F award ballot. Seven Kill Tiger by Charles Shao had a racist message, unlikeable characters and depressive conclusion, If You Were an Award, My Love
by Juan Tabo and S. Harris was a poor parody of Rachel Swirsky‘s If You Were a Dinosaur, My Love filled with Puppy newspeak and strawmen. S.R. Algernon’s Asymmetrical Warfare had potential, but it was too short and disjointed to leave a mark.

So yeah. I would’ve preferred reading something like Megan Grey’s Tuesdays With Molakesh The Destroyer even if its fantasy level is pretty low.

Related works were dominated by Rabid Puppies, and as a result, there was No Award.

I kind of feel bad for Marc Aramini. Between Light and Shadow: An Exploration of the Fiction of Gene Wolfe, 1951 to 1986 seemed like a labor of love, and perhaps Wolfe fans enjoy it a lot. That’s too narrow a target group, though, and I didn’t find anything in the book that would make me want to read Wolfe.

I don’t really have anything better to offer for the category, although I’m interested in reading Simone Caroti’s The Culture Series of Iain M. Banks: A Critical Introduction (thanks to Spacefaring Kitten for mentioning it in a post).

One thing I’ll say, however: I can occasionally read a blog post or two about the state of the fandom, culture war or Puppy shenanigans. I’m not willing to give awards to that particular brand of metadiscussion, whether the author is Vox Day or Theophilus Pratt.

Plan for next year

In 2017 the Worldcon is indeed in Helsinki, and I’ve already got the tickets. It’s hard to find enough time to read through even the novels I find interesting, not to mention the thousands of short stories published every year, but one has to try.

At least I’ve already got some books on my reading list. The sequel to The Fifth Season, The Obelisk Gate, was released earlier this week, and judging by the early reviews, it’s even better than the first book.

Also, since Worldcon is coming to Finland, I’m trying to find eligible Finnish works. So far, I have Johanna Sinisalo’s The Core of the Sun and The City of Woven Streets by Emmi Itäranta on my list. Suggestions are welcome!

P.S. As a side note: yes, having a cat as one of the main characters definitely counted as a big demerit for The Aeronaut’s Windlass.